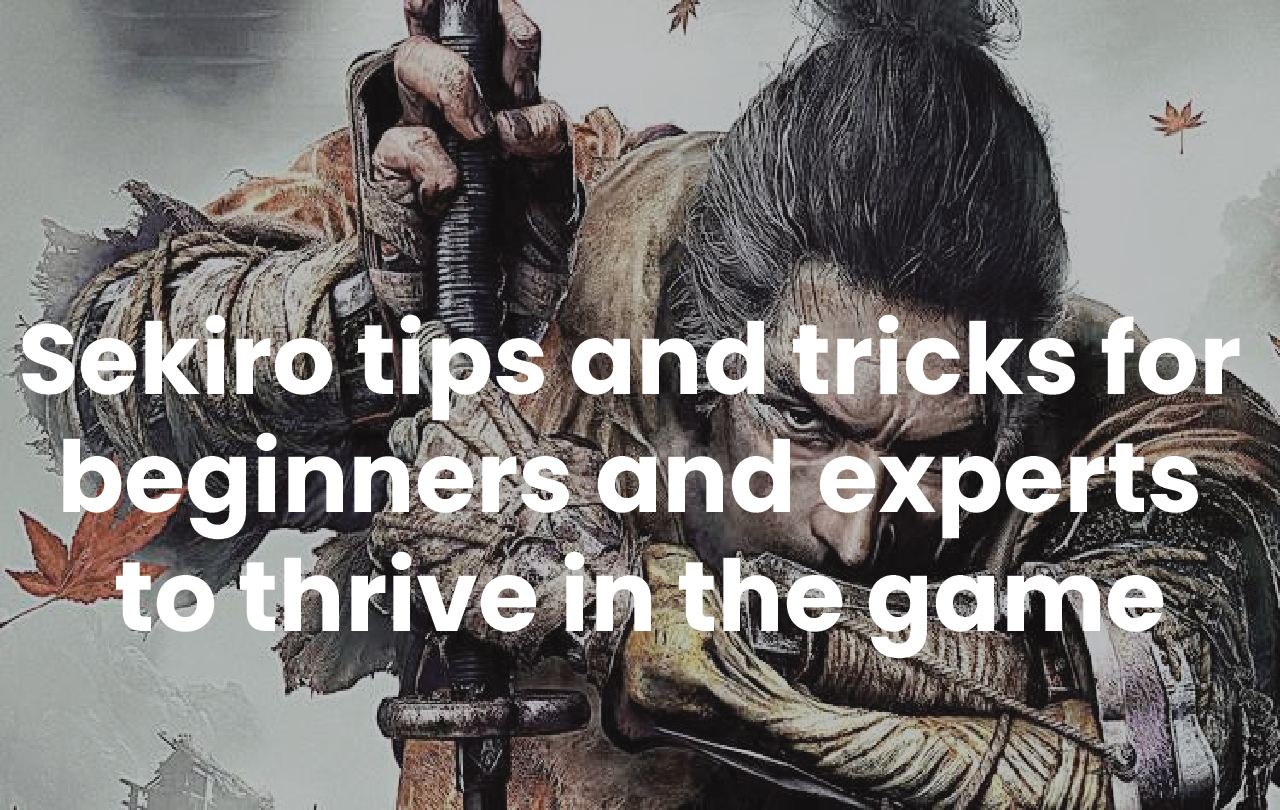 Sekiro is an action-adventure video game that was developed by FromSoftware and then published by Activision. The game revolves around a shinobi who is known as Wolf as he strives to take revenge on a Samurai clan who attacked him and kidnapped his lord.

This game was released for the following platforms; Plays Station 4, Personal Computer (PC) and, Xbox One in March 2019. Further, the game is set to be released for Stadia in October 2020 and gamers are counting down the days till it becomes available.

The game-play is built upon stealth, exploration, and combat with a particular emphasis on boss battles. Sekiro received universal acclaim from critics who compared and contrasted it to the popular “Soul’s game series”.

With that said, we will now be discussing the tips and tricks for mastering Sekiro. It is pertinent to note that it is a treacherous game and even for experts this game is bound to be challenging for them. It is the kind of game that requires gamers to trade Sekiro tips, to outsmart the obstacles built in the game.

The following Sekiro tips would aid gamers and may as well prove to be invaluable guidelines so gamers can master the game in no time.

The first Sekiro tip is that gamers need to be thorough and deliberate in the way they explore the dense, vertically layered environments in Sekiro. While it can be tempting to rush to avoid harder fights and to give a feeling that progress is being made, it goes without saying that games like Sekiro hide a lot of important content in far-off places.

Therefore, gamers must first take their time. Observe the environment around them, follow every dead end ,and explore all building interior. By following this Sekiro tip, gamers will find a lot of items, ranging from helpful consumables to essentials like new Shinobi tools for the game character’s prosthetic arm and Prayer Beads to upgrade the character. Moreover, there are also side quests hidden around and interesting secrets about the world to share.

The second Sekiro tip is that since the game is rather limited in how gamers upgrade their character whereas in a game like Souls there are numerous options to choose from. Gamers may note that the Prayer beads can be exchanged in sets of 4 for increases in health and posture, which also affects how much posture damage the gamers do to enemies in the game. Memories, however, only come from game fights whereas Prayer beads can be found by overcoming mini-bosses, with a limited amount of them available to purchase in some shops and hidden around the game world.

Therefore, if gamers are struggling with a big fight, they should try to gather more Prayer Beads by taking on any mini-bosses they may have skipped during the game.  The upgrades are essential, there are also skill points that gamers earn through combat, which they can then invest in various abilities and money can be used along with raw materials to enhance the prosthetic arm. Hence, this Sekiro tip may come in handy for a lot of gamers.

If there is one Sekiro tip which gamers shouldn’t overlook; that is not to neglect the prosthetic arm. Gamers may note that after the tutorial section, the player in the game comes equipped with a prosthetic that can use a variety of tools. In the heat of combat, gamers may forget about the arm which happens often with a lot of gamers. The arm provides a huge amount of utility. In particular, the firecracker prosthetic can make almost any enemy in the game flinch for a moment, and the shuriken can kill a lot of smaller animal enemies in on the hit.

This Sekiro tip may come in handy for gamers who are looking to be creative and exploit the weaknesses of the bosses in the game.

Gamers may note that Prayer Beads and Memories can’t be easily ground out, as they require beating bosses to get, but skill points and money can. If they get stuck and think something in your ability tree might help them, they shouldn’t hesitate to go back to earlier areas and do a few rounds of the local baddies to get some experience.

This Sekiro tip can come in handy when gamers are stuck and at this point; any advantage is worth pursuing.

To conclude it would be safe to say that Sekiro is a treacherous game. It requires gamers to think strategically and come up with creative solutions if they find themselves stuck. Therefore, the Sekiro tips discussed in detail above could aid gamers in making efficient use of the resources available in the game and enhance the gaming experience as well, otherwise, gamers may end up frustrated.